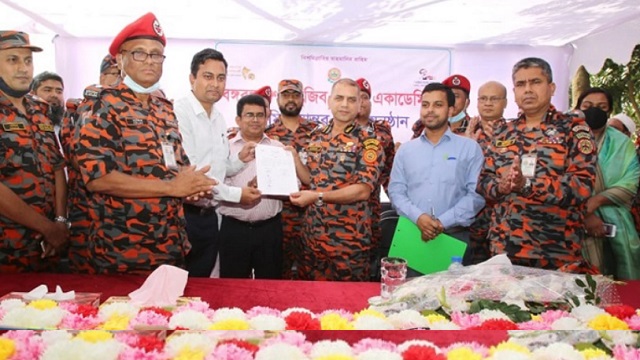 The land acquired for Bangabandhu Sheikh Mujib Fire Academy was got by the Fire Service and Civil Defense Department.

100.92 acres of land in Raipara mouza of Baluakandi union of Gazaria upazila of Munshiganj was handed over to the department on Tuesday afternoon. This information was given in the press release sent from the fire service in the evening.

Director General of the Fire Service, Brigadier General. Sajjad Hossain expressed his sincere gratitude to all including Prime Minister Sheikh Hasina, Home Minister Asaduzzaman Khan Kamal and Secretary of Security Services Department for completing the transfer and acquisition of land for the establishment of Bangabandhu Sheikh Mujib Fire Academy.

The Chief of Fire Service said, 'Initiatives have been taken to establish' Bangabandhu Sheikh Mujib Fire Academy 'with a view to modernize, improve and make the training standards of the officers and employees of the department modern. Once the establishment of the academy is completed, it will be possible to train local and foreign trainees to develop them as skilled and smart firefighters. As a result, they will be able to provide services with maximum capacity in all disasters.