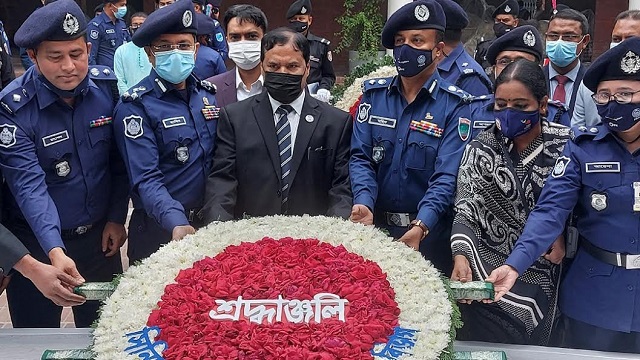 He paid his respects by laying a wreath at the altar of Bangabandhu's mausoleum on Friday afternoon. The news spread. After paying his respects, Akhter Hossain took part in Fateha recitation and special munajat seeking forgiveness of the souls of Father of the Nation Bangabandhu and the martyred members of his family.