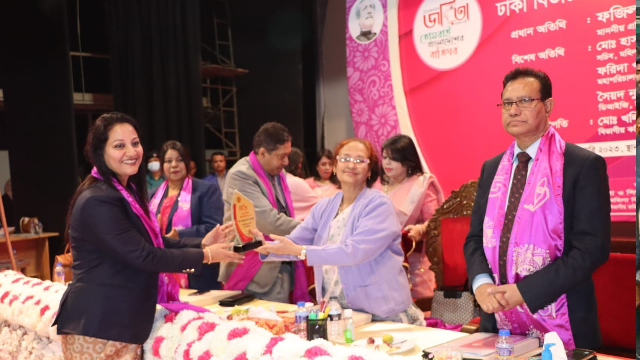 Momotaj Begum including Five women in Dhaka division on Thursday received the Joyeeta Award for attaining success in different fields by overcoming various difficulties and challenges.

The award was given to the women for their feats in five categories, under a government initiative titled "Joyeeta Onneshone Bangladesh".

The categories under which the award was given for 2022-23 fiscal year include economic, social development, education and employment, successful mother, and prevention of repression.

The awardees from the Dhaka district level are: Shahida Begum in economic category, Mumtaj Begum in education and employment category, and Lutfon Necha in successful mother category. Razia Sultana was given Joyeeta Award in prevention of repression category whereas Sonu Rani Das Biswas got the award for contributing to social development. 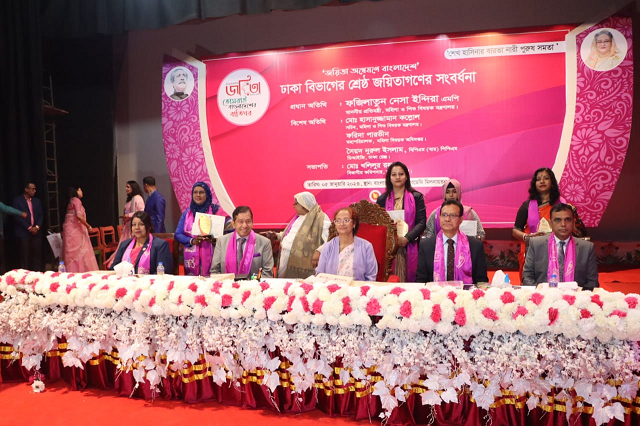 Joyita Mumtaz Begum, who is the best in education and employment in Dhaka Division, is the second child of Birmuktijoddha Abdul Motaleb Sardar and Alea Begum of Rambhadrapur Union of Vedarganj Upazila of Shariatpur District. Currently, he is serving as Dhaka Additional District Commissioner. Before this, She successfully served in various workplaces including senior assistant secretary of local government department and executive officer of Rupganj upazila of Narayanganj district.