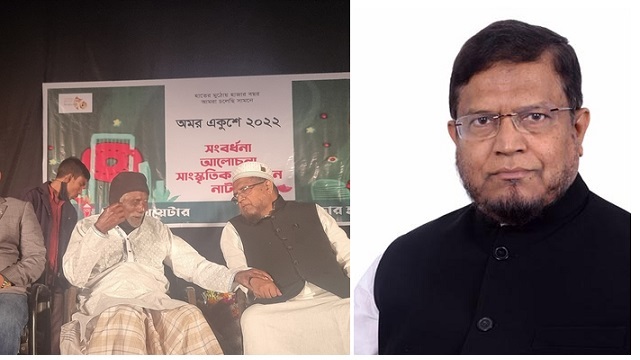 He also said at the time, February 1952 Uttal Dhaka, movement demanding procession of state language Bengal, procession The police fired, but the language soldiers did not retreat On the contrary, it has gone ahead, given blood, saved the mother tongue Bengali So I am proud to have such a language soldier by my side.

He also called upon the government to protect the sanctity of the Shaheed Minar throughout the year and to preserve the historical sites of the language movement.